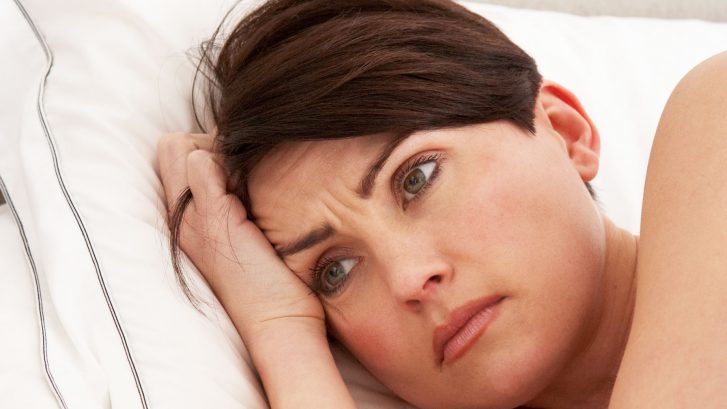 Menopause has long been associated with “mood swings” in women. But recent research has also indicated that menopause can aggravate or cause a relapse of pre-existing mental health problems.

The good news is that the hormone decline of menopause (and it’s debilitating side-effects) are not something women “just have to live with” anymore. Advancements in bioidentical hormone replacement therapy make hormone balancing safer, more effective, and more convenient than ever before.

This is wonderful news on many levels. For starters, while psychiatric drugs can help treat women suffering from depression, anxiety, trauma, schizophrenia, PTSD and a wide range of other psychiatric illnesses, medications often have dangerous, long-term side-effects. But medical professionals are increasingly recognizing that simply balancing the body’s hormones during menopause can naturally support and improve mental health – often even eliminating the need for psychiatric pharmaceuticals.

Endocrinologists are doctors and scientists who study hormones and how they affect the body. While psychiatrists and neurologists are medical professionals who study and treat the brain. Recently, researchers have combined these disciplines into a field of medicine called “psycho-neuroendocrinology” – which is the study of how hormones play a role in regulating mental health.

And researchers in this exciting field have discovered that certain hormone balancing treatments can offer a natural approach to mental health. By regulating and bringing into balance certain hormones that affect the brain, hormone therapy can assist in restoring the mind to optimal functioning.

Recent clinical research also suggests that women who had severe PMS when they were younger, or who experienced postpartum depression, may have more severe mood swings during perimenopause.

So, it is believed that thought that the hormone decline and imbalances of perimenopause and menopause can exacerbate or put a woman at a higher risk of a relapse of many mental health conditions – even though menopause itself does not cause the disorder.

Menopause has also been shown in medical research to increase symptoms of bipolar disorder. Clinical studies seem to indicate that women with bipolar disorder are more sensitive to hormonal shifts during menopause.

During menopause, women suffering from bipolar disorder report more depressive episodes than women without this condition. Scientists believe that this is likely linked directly to the decrease in the hormone estrogen, which naturally happens during menopause.

Psychotic disorders are severe mental conditions that cause abnormal thinking and perceptions – such as delusions, paranoia, hallucinations, and otherwise losing touch with reality. And research has also shown that a decline in estrogen levels can trigger or aggravate certain psychotic conditions, including schizophrenia.

While schizophrenia typically manifests during young adulthood, there is often a second peak in women around the time of menopause. Less frequently, perimenopause may also increase the risk of a first onset of schizophrenic psychosis.

Women with pre-existing chronic schizophrenia can experience a deterioration of their mental state and frequently require a higher demand for medication during menopause.

Groundbreaking research has also identified a link between hormones and Alzheimer’s disease in women. It was found that accelerated biological aging is associated with women with a certain genetic Alzheimer’s risk factor – but that hormone therapy, may slow this aging, and therefore potentially slow the risk of Alzheimer’s disease.

This research provides further evidence of the crucial role hormones play in mental function, by demonstrating that estrogen therapy slows aging and lowers the risk of Alzheimer’s disease in women with certain genetic predispositions.

During menopause every woman experiences declining, imbalanced or insufficient hormones. And many preexisting mental and psychiatric conditions worsen during menopause. And while the potential role of hormone therapy in treating menopausal mental conditions is still being explored, the outlook appears very promising on many different fronts.

Hormones affect every function of the human body – including the functioning of the brain. By restoring balance to the body, hormone therapy may prove to be more effective with fewer side effects than harsh psychiatric medications that have dangerous or unpleasant contraindications.

SottoPelle® hormone replacement pellets can help restore your body and mind to optimal balance. And hormone pellet therapy offers several advantages, including NO daily pills, NO painful weekly shots, and NO messy creams. Additionally, SottoPelle® pellet therapy utilizes bioidentical hormones that are safer, more effective, and more natural than lab-created synthetics. Because bioidentical hormones are identical to the body’s own hormones, they offer more effective results, with fewer side-effects and risks.

If you are menopausal woman who is experiencing mood swings, “brain fog,” an increase in psychiatric symptoms, or any other symptoms of menopause, contact Advanced Hormone Solutions today at 201-225-2525 or schedule a consultation at: https://advancedhormonesolutions.com/consultation-form/