Physicians have been advising women to steer clear of long term conventional HRT use since 2002. This was the year when the Women’s Health Initiative (WHI) studies were abruptly halted due to the revelation of serious health risks associated with using oral equine estrogen and progestin, a synthetic form of progesterone. The studies focused on use of the pharmaceutical formulations Premarin and Prempro, both of which differ in chemical structure from the natural hormones produced in a woman’s body. Media reports, FDA and physician warnings caused millions of women to be afraid of taking any kind of HRT. It’s been estimated that up to 70% of women who were receiving hormone replacement at that time stopped taking it.1 It’s apparent that the fear of serious health risks far outweighed the symptoms, suffering and health consequences of living with hormone imbalances.

The data from the WHI was in fact pretty scary. It linked these synthetic hormone substitutes with a higher risk of cancer, heart disease, stroke and blood clots. Not long after the 2002 scare other studies also found pharmaceutical HRT increased the risk of Alzheimer’s, asthma and dementia. Likewise, new research in 2010 reported that combined estrogen-progestin therapy heightened the risk for more serious forms of breast cancer as well as a woman’s chances of dying from it or from other causes.2 The conclusion reached in each of these research studies was that the use of non-bioidentical hormones does more harm than good.

What the public doesn’t realize is that very often studies, articles, websites and debates do not distinguish whether the hormones they are referring to are synthetic or bioidentical. So it would seem that all hormones are dangerous, when, in fact, they are not. Many doctors now agree that the cultural aversion to hormone replacement therapy has resulted in unnecessary suffering and possibly even led to 50,000 preventable deaths.3 Here are some of the reasons why women shouldn’t be afraid to use bioidentical hormone replacement:

Why Women Shouldn’t be Afraid

As a patient, the key to taking advantage of the many health benefits of BHRT is to seek out an expert who understands the importance of hormonal balance and knows how to achieve optimum results using the low dose pellet implant method—proven to be the safest, most effective hormone delivery system available. 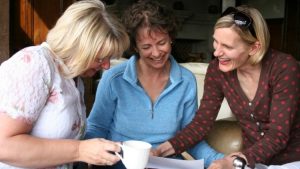